Dali's Watch will be featured in Fireworks Magazine issue 70 in the UK in April.

Dali's Watch 'Breakfast Serial' will be reviewed in Progressive Rock & Progressive Metal - E-Zine in Brazil in the summer 2015.

Dali's Watch 'Breakfast Serial' was reviewed in June 2015 by Metalcorefanzine

This band has a bit of a grunge sound to them along with some rock and it is quite an ass kickin combo. The songs are catchy and heavy and never bored me. The singer has that kind of voice that sucked me in and his vocals just ruled. This is sort of an Alice In Chains band mixed in with some rock n roll. The production is flawless and this is a nice break from all the generic black and death metal in the scene these days.

Dali's Watch are taking great risks with a truly unique sound, in an era when much of the modern music sounds the same.  Their 2014 release of the full-length album, "Breakfast Serial" is an eclectic mix of heavy rock that meanders between progressive, alternative, and grunge with complex, yet approachable timing changes, haunting and beautiful melodies, and dynamics that go from subtle acoustic passages to in your face, pounding rhythms.  The band consists of three very experienced and talented musicians, who have written masterful songs that are memorable, with meaningful lyrics, catchy choruses, and certainly several commercially marketable songs in 'Without a Whisper,' 'Ghosts of the Past' and 'Ray of Light.'  The heavy, grungy song 'Blissful Ignorance' rocketed to number one in the rock charts on numberonemusic, within days of release, and media reviews are reviewing the release with near perfect scores.  In a nutshell Dali's Watch is unique; the music isn't much like anyone else, and it keeps you coming back to listen again and again.

Out of Maryland, USA comes Dali’s Watch, a band playing a mixture of alternative, progressive and experimental rock/hardrock. They are a three piece band, formed in 2012 and consisting of Mic Wynne - vocals/guitars/keys; Michael Galway - bass guitars; and Gary Venable – drums. Breakfast serial is their debut record, which is a very interesting album that contains influences of Rush, Queens Of The Stone Age and Porcupine Tree. Especially during the instrumental passages (such as during Pandemic), they remind quite a lot of Porcupine Tree. Highlights are definitely Without a Whisper (great prog/stoner rock) and Breakfast Serial (close to Rush), but from start to finish, this band shows it’s professional skills and there’s not a single weak moment to be found here, so without a doubt, they are a highly recommended band. The album closes by the way with a nice cover of Duran Duran's Ordinary World. All together, do not miss this band and for more info go to: http://www.daliswatch.com

Dali's Watch was on the cover of Maryland Music Magazine Issue 20, February 2015, and is the Spotlight Band for the month. 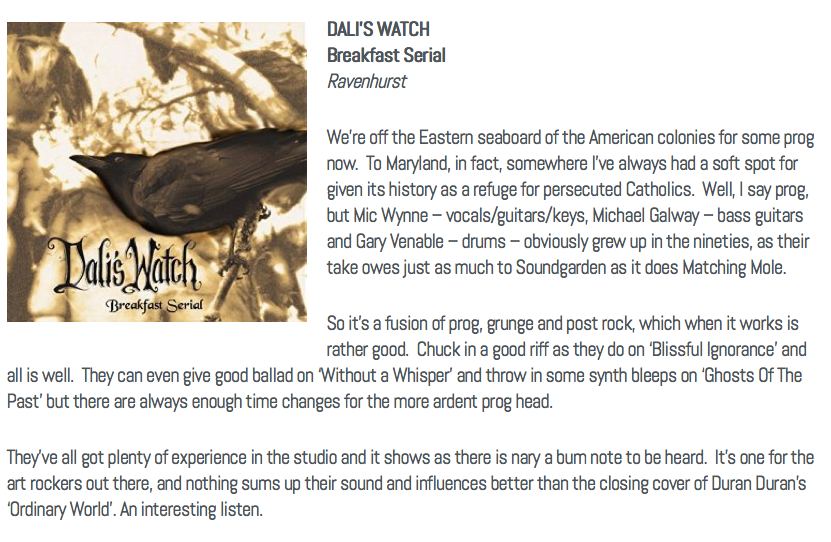 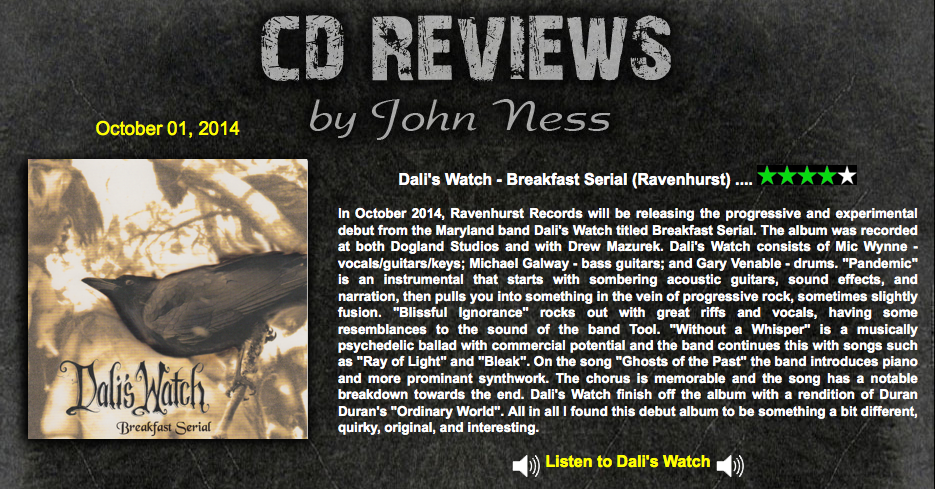 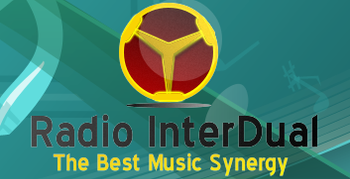 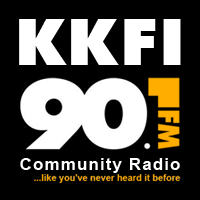 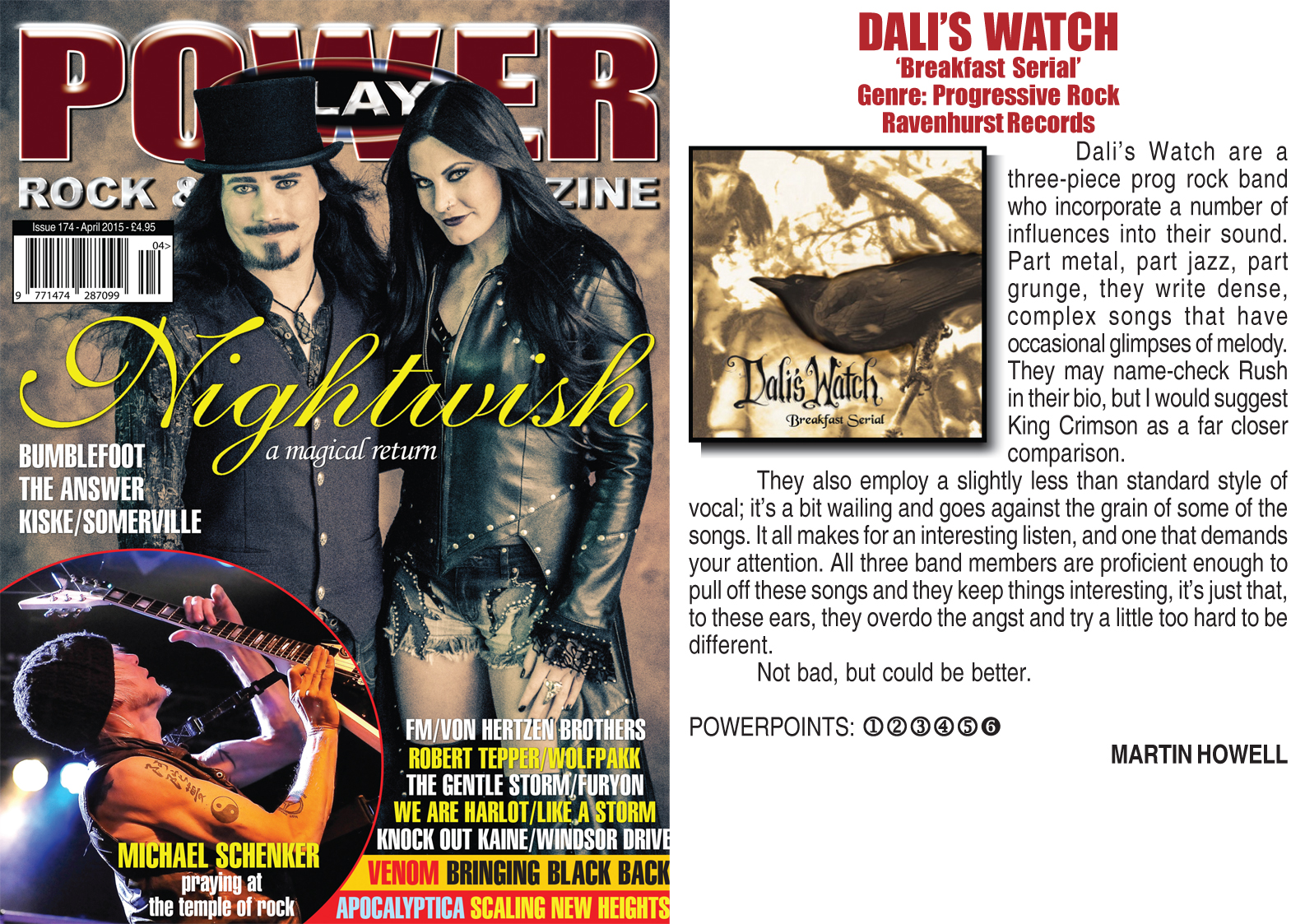 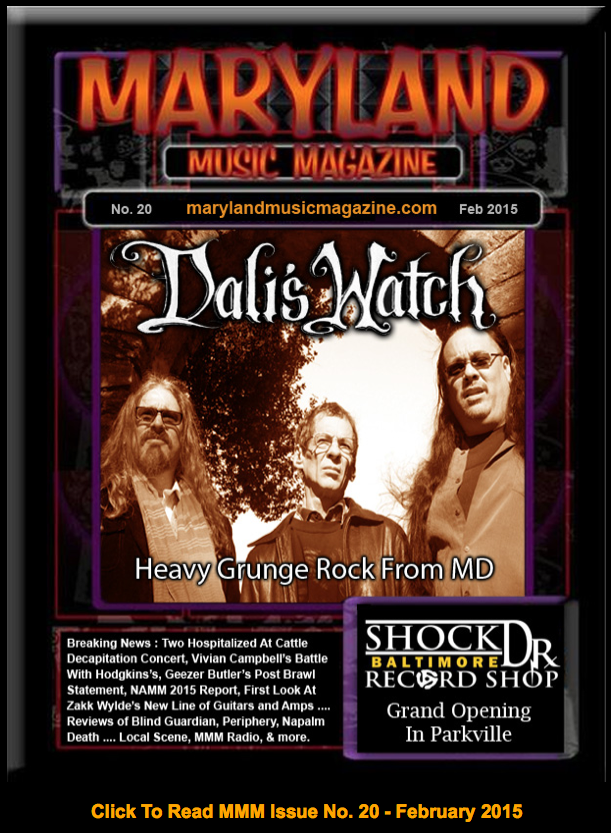 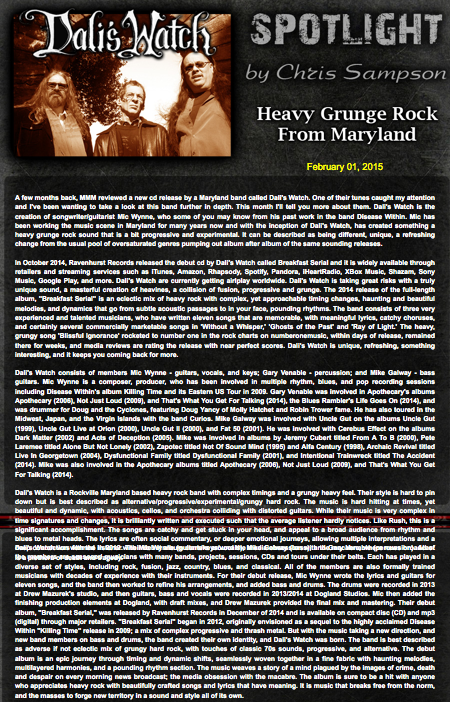