Mic Wynne's music has been described as amazing, brilliant, and infectious.  Covering a lot of territory in the rock world, progressive, alternative, hard rock, metal, grunge, his is a diverse and complex brain that creates beautiful songs with powerful lyrics, complex and beautiful arrangements, thoughtful production elements, catchy melodies...it's the whole package and then some of what great rock music should be.  Mic's current main project and focus is Dali's Watch, who released their debut record in December 2014.  He has multiple solo projects, collaborations, session works, and production works ongoing as well, keeping him very busy and loving every moment of the creation of fine art.  Mic owns and operates Dogland Studios LLC, a recording studio and publishing company.

Mic Wynne is the son of a career military officer and famed combat helicopter pilot and his lovely wife that sings in choirs and chorale groups.   Both his mother and grandmother had large organs in their houses and played and sang songs, fostering Mic’s early interest in music and he learned the organ by ear, recreating songs he heard his mother and grandmother play.


When he discovered rock he pursued getting a guitar, requiring him to work odd jobs for neighbors to earn the money to buy one at the swapmeet with a combo amp.  His parents felt strongly, and correctly, that if he worked for it, he’d cherish it more.  This began a life long passion with guitars and music.  Like most musicians Mic was in a variety of bands beginning in the sixth grade, covering the great music of the 70s and early 80s.  By college he was playing in established regional bands on the nightclub circuit, and doing session work on a variety of genres.  He developed the speed and finesses chops of the guitar heros of the 80s.   He loved the bands with dueling harmony guitars and guitars with keyboards backing them and that is reflected in his work to this day.


But every story has tragedy and redemption and so does this one.  A severe car accident tore a significant portion of his right hand off, damaged his left hand and caused a major head injury.  The right hand parts were stitched, stapled, pinned and bolted back on, but the picking dexterity required for speed was gone, and both hands required retraining to play with different techniques.  Mic withdrew from playing with bands, teaching students, and all public displays of his tragedy.


As fate would have it Mic met Rachel, at this very low point, fresh off the doctor’s table, and only with her love did he survive the whole ordeal.  Rachel or “Ray” as he calls her was his Ray of Light (a song later written for his band Dali’s Watch), and with her they had two wonderful children David and Devin, both amazingly talented.  Mic remained in musical seclusion for many years playing, but unable to gain the confidence to play live again.


In 2008 a long-time friend talked Mic into helping with a record.  Mic wrote 12 songs and 11 sets of lyrics for what would become the band Disease Within, and a release in the same year of their first album, “Killing Time.”  Killing time was a heavy grungy effort, part thrash, part prog, and part alternative.  It aired on radio throughout the US and overseas, and was highly reviewed in many magazines beating releases of industry heavies like Queensryche.    Mic played guitar, sang the majority of the record, and did keys.  His friend provided drums, bass and the recording engineering.   A reviewer put it best when he referred to the band as a “grungy King Crimson.”


The two hired Cody Haggins for a tour that concluded with a handful of material to start a second record, and record contracts offersß to distribute  “Killing Time.”    As so many band stories go personality issues led to a split between Mic and his long time friend and Cody and Mic worked with a number of drummers moving the new record forward.  Cody made a life decision to serve his nation, and with that Mic closed the door for now on Disease Within.


Mic found a new bass player, Mike Galway, and his friend Gary Venable, both seasoned musicians with many records, gigs, etc., under their belts.  The band quickly developed fully the twelve songs Mic had written into full works, and formed Dali’s Watch.  The demos of those songs have received great acclaim.   The record, “Breakfast Serial,” was released in December 2014 by Ravenhurst Records.


Mic built a state of the art recording facility, small, but very functional in 2012 and has been working on a variety of projects to include two solo efforts, and singing, guitar playing, producing and writing for several other artists.  His solo efforts are Dead of Winter, a haunting melodic work, heavy with textures of keys, and Darwin Waiting, a heavy instrumental progressive, downtuned effort with 7 and 8 string guitars.


Mic never claims to be a great guitarist, having adopted a much slower, soulful type over the gymnastics of his youth, but gets great respect for the complex chords and structures of his music.  Similarly he has always been very self conscious about his vocals, but is being requested to sing on multiple records now due to being able to move his voice across a large range and to be very expressive with well written melodies.  Mic’s strength is in writing, with the songs being complex in arrangement, timing, yet being transparent in all of that to be catchy and enjoyable.  His knack for production elements also has received great reviews, sounds, textures, symphony, etc.  Dali’s Watch is a showcase of all of these elements and a career highlight for Mic.
Mic was the driving force behind the writing, composition, arrangement, guitars, keys and vocals for the critically acclaimed debut release from Disease Within, "Killing Time."  Disease Within toured heavily though 2009/10 and was on radio, in magazines, and received excellent reviews.  The recording quality is not the greatest, but the raw, complex nature of the tracks more than makes up for that.  Disease Within is on hiatus at this time.  Disease Within.

Mic and Dal's Watch are working on their second record, while booking shows to support "Breakfast Serial."

Mic has several solo side projects ongoing that may blossom into larger full band efforts. 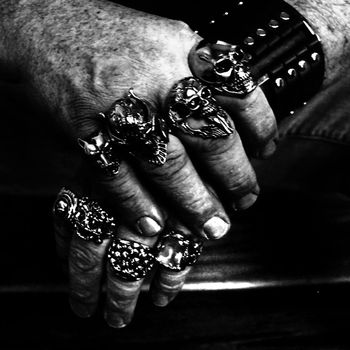 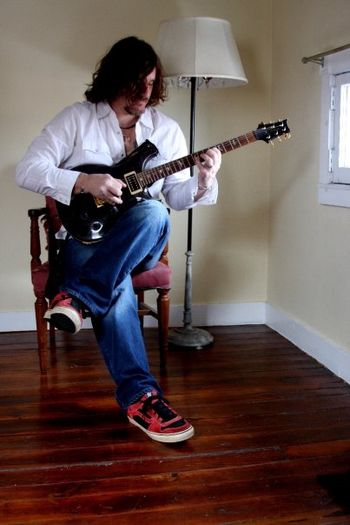 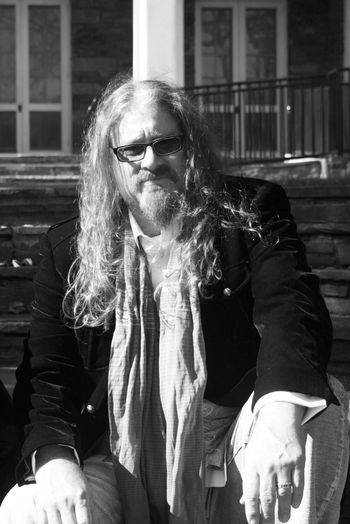 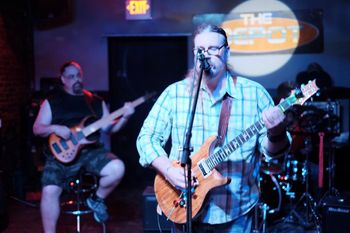 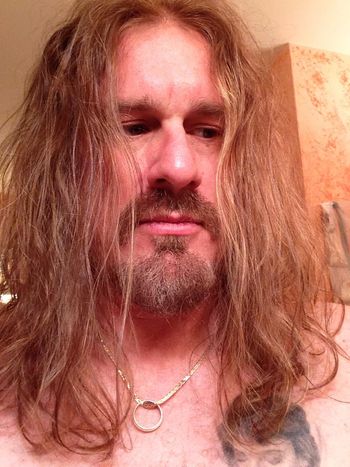 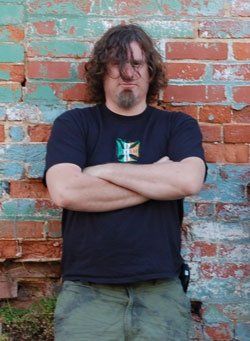 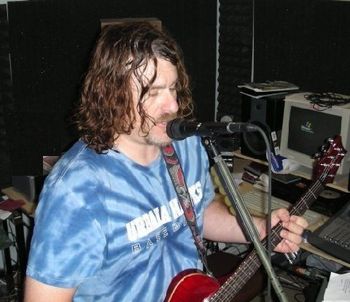 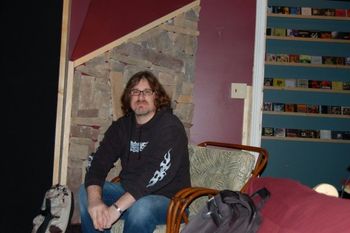 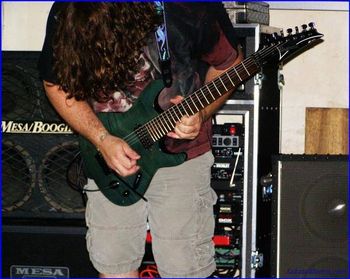 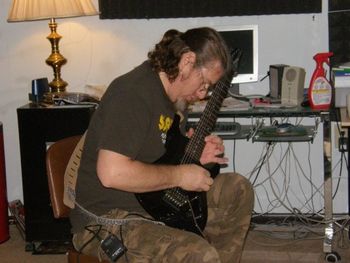 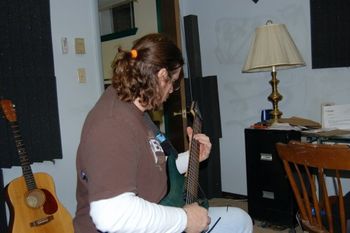 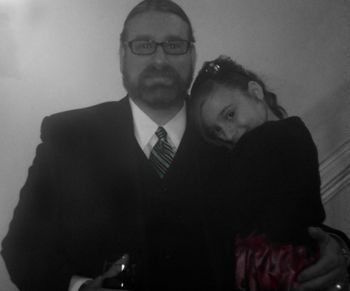 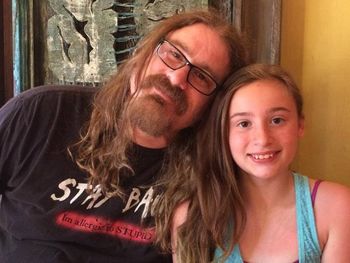 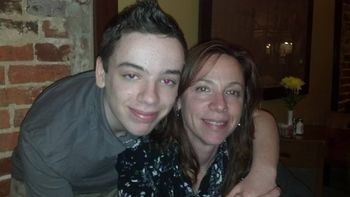 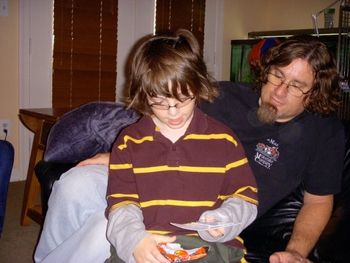 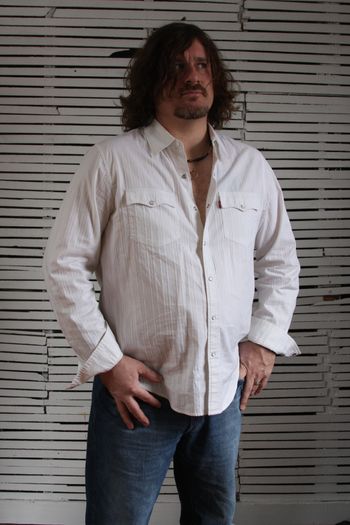 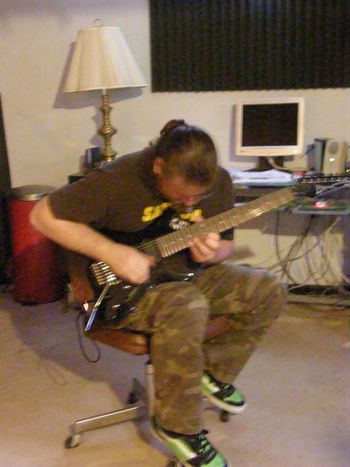 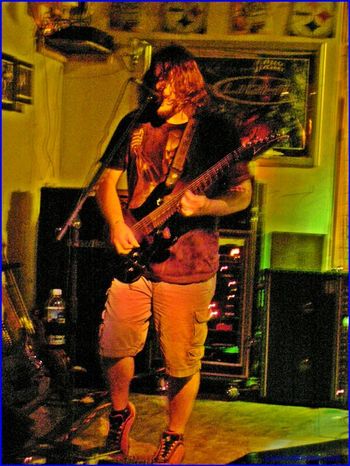