Dali's Watch is a Rockville Maryland based heavy rock band with complex timings and a grungy heavy feel.  Their style is hard to pin down but is best described as alternative/progressive/experimental/grungy hard rock.  The music is hard hitting at times, yet beautiful and dynamic, with acoustics, cellos, and orchestra colliding with distorted guitars.  While their music is very complex at times in time signatures and changes, it is brilliantly written and executed such that the average listener hardly notices.   Like Rush, this is a significant accomplishment.  The songs are catchy and get stuck in your head, and appeal to a broad audience from rhythm and blues to metal heads.  The lyrics are often social commentary, or deeper emotional journeys, allowing multiple interpretations and a deep connection with the listener.  Their debut album centers around the media obsession with the macabre; where every morning news broadcast is a plethora of sensationalized death and tragedy.

The band was formed in 2012 with Mic Wynne (guitars/keys/vocals), Mike Galway (bass), and Gary Venable (percussion).  All of the members are seasoned musicians with many bands, projects, sessions, CDs and tours under their belts.  Each has played in a diverse set of styles, including rock, fusion, jazz, country, blues, and classical.  All of the members are also formally trained musicians with decades of experience with their instruments.

For their debut release, Mic Wynne wrote the lyrics and guitars for eleven songs, and the band then worked to refine his arrangements, and added bass and drums.  The drums were recorded in 2013 at Drew Mazurek's studio, and then guitars, bass and vocals were recorded in 2013/2014 at Dogland Studios.  Mic then added the finishing production elements at Dogland, with draft mixes, and Drew Mazurek provided the final mix and mastering.  Their debut album, "Breakfast Serial," was released by Ravenhurst Records in December 2014.

Dali's Watch is back in the studio!!

Finally in the studio hammering out next album.  With 2020 and COVID being things we'd like to forget, we are super happy to be back working this album with an expected 2021 release!! 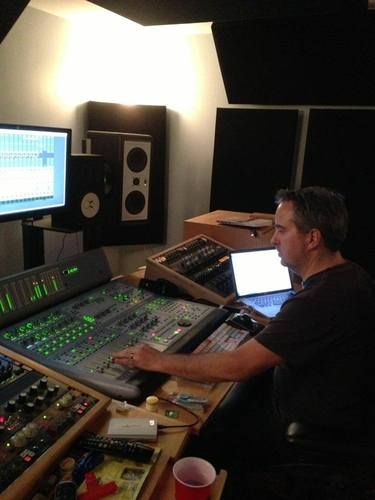